Lightweight, vented, dual density EVA helmet for water sports where conditions are dangerous and head protection is required or would be sensible. Comes with internal size micro-adjustment, adjustable chin strap with buckle and removable ear protection. 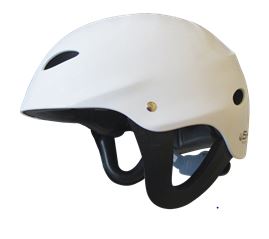